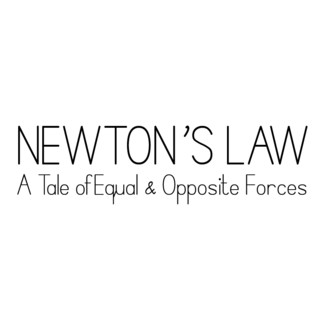 Back to the Bar for new Australian drama Newton’s Law

ABC TV is thrilled to announce that production is underway in Melbourne on an exciting new eight-part drama series, Newton’s Law.

Developed from an original concept by Deb Cox and Fiona Eagger, the team behind the hugely successful Miss Fisher’s Murder Mysteries series and the heart-warming The Gods of Wheat Street, Newton’s Law centers around Josephine Newton, a suburban solicitor with an over-developed sense of responsibility who attempts to return to her briefly glorious stint at the Bar.

When Josephine’s low-flying solicitor’s practice is incinerated by a disgruntled client, she is persuaded by her old uni’ friend and not-so-secret admirer, Lewis Hughes, to trade the benefits of her brilliant mind for a berth in the lofty glamour of Knox Chambers. With her office destroyed, her marriage collapsing and motherhood fast losing its charm, Josephine decides it’s time to take her own aspirations off the back burner and resume her barrister’s robes.

Newton’s Law promises to be the Upstairs, Downstairs of legal dramas. Fiona and Deb say, “We’re very happy to bring another strong female protagonist to the screen, this time in modern dress, with a modern woman’s dilemma of trying to do too much for too many!”

ABC Director of Television Richard Finlayson says “Thanks to the ongoing support of Screen Australia as well as the ABC’s partnership with Film Victoria on the Victorian Drama and Comedy Initiative, we are pleased to be able to commission another outstanding drama from Every Cloud Productions.  Our audience is in for a real treat.”

Screen Australia CEO Graeme Mason says “We're excited about getting into Josephine's world on Newton's Law — it promises to be funny, complex and engaging. It is a delight to work on a new great idea from such strong creative team and Screen Australia is proud to support this great new drama.”

Newton’s Law will commence filming in Melbourne later in the year.