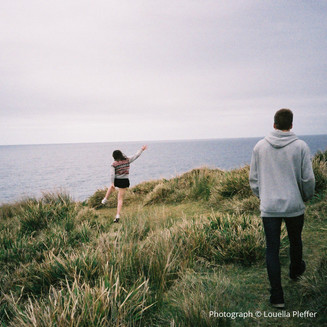 Every Cloud, ABC and Screen Australia are excited to announced that production of DEADLOCK, a high-octane web series set in and around Byron Bay, will begin on the north coast of NSW in August.

DEADLOCK crashes though the incredible highs, heartbreak, camaraderie, laughs and bittersweet sorrow of what it is to be a teenager. When a mysterious car crash exposes the dark underbelly of an idyllic paradise, it dramatically changes the lives of the teens it touches.

An original concept by Deb Cox for Every Cloud Productions, and developed with Billie Pleffer, the series is produced by Belinda Mravicic, Fiona Eagger and Deb Cox for Every Cloud Productions (Miss Fisher’s Murder Mysteries, Newton’s Law, The Gods of Wheat Street). DEADLOCK will be directed by Billie Pleffer, mentored by Tony Tilse (Miss Fisher’s Murder Mysteries, Underbelly).

Development of the series involved local youth sharing their experiences with the series writers and producers in a workshop hosted by Northern Rivers Screenworks, and held in collaboration with Bryan Elsley (co-creator and co-writer of the edgy UK youth drama series Skins, and, more recently, Dates, Clique and Kiss Me First).

DEADLOCK will use local cast and crew from the Northern Rivers region wherever possible. Further casting announcements to come.

Sally Riley, ABC Head of Scripted Production, said: “DEADLOCK will reflect the candour and vibrancy of youth culture and the complex issues faced by teenagers in Australia with humour, courage and energy. While unique in its regional Australian setting, DEADLOCK is also about the universal experience of youth struggling for identity and self-discovery.”

“We have been confident DEADLOCK would be a teen drama that captured an authentic, youthful voice ever since its early development - when we supported Skins creator Bryan Elsely to lead a story workshop. This ABC commission only reinforces writer/director Billie Pleffer’s reputation as a hugely promising talent and provides Every Cloud Productions - who have a reputation for premium drama - the chance to produce a short-form, digital content series in regional NSW,” said Sally Caplan, Head of Production at Screen Australia.

Every Cloud’s Deb Cox and Fiona Eagger said: “DEADLOCK has been a passion project of ours for a while now – helped along by Story Enterprise funding from Screen Australia which enabled us to bring out Bryan Elsley to Australia. We’re so thrilled to be producing this youth focused project with young creatives, including the talented writer/director Billie Pleffer, in the regional area that gave rise to the concept.”

DEADLOCK is a 5 x 12-minute web series which will screen on ABC iview later this year. A one-hour format of the show will also be produced.