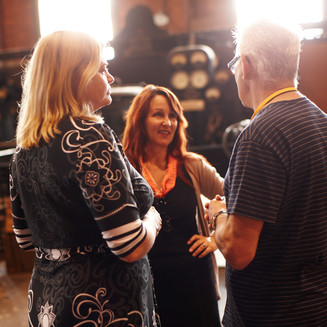 Every Cloud to adapt Seven Little Australians for TV

Following on from the success of Miss Fishers' Murder Mysteries, Every Cloud productions will tell the story of seven unruly, mischievous and Australian children in four one-hour episodes.

Exectuvie producer, Deb Cox, said Seven Little Australians was a celebration of the uniquely irreverent, anti-authoritarian Australian spirit as embodied by the mischievous Woolcot kids, "who refuse to fit into the English mould imposed upon them by their Anglophile father."

“In developing the series we’ve discovered just how many themes from the book have contemporary resonance and currency:  What is it to be Australian, when even our new Prime Minister was required to swear allegiance to the Queen; how leniently or firmly we parent, how to balance the needs of a blended family; the challenges teenagers face - for example, body issues explored in the original material seem eerily familiar -  and how far have we still have to come in our recognition of Australia’s original land owners.”

This adaptation of Seven Little Australians is being developed by scriptwriter Elizabeth Coleman for Every Cloud Productions.

The series is being developed as part of Every Cloud Productions’ Parlay Program with the support of Screen Australia Enterprise Industry funding.

Every Cloud is also developing the on-line drama series Deadlock, which will be developed through a unique emerging writers workshop in the Northern Rivers region of NSW with the UK writer of Skins, Bryan Elsley.

Executive producer, Fiona Eagger said it was a hugely exciting production for Every Cloud.

"We are thrilled to have obtained permission from Ethel Turner’s granddaughter, Philippa Poole, to adapt the novel for the screen," she said.

"Ethel Turner’s estate has also been granted access to all of Ethel Turner’s diaries and we plan is to make a companion documentary piece on her life."

Eagger said Every Cloud Productions was uniquely placed to bring Seven Little Australians to life for a post-millennial audience.

"We pride ourselves on honouring the warmth and irreverent spirit of Kerry’s books while capturing the essence of Phryne’s era - and we believe we can bring the same qualities to Seven Little Australians.”