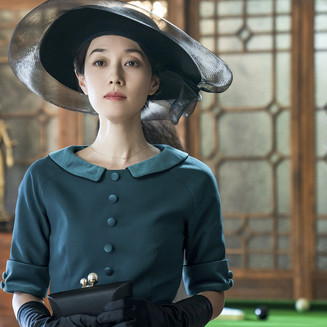 Miss S is a 30 x 1-hour drama and has been produced by Tencent Penguin Pictures, Shanghai 99 Visual and Easy Entertainment for Tencent Network in China and for WarnerMedia Entertainment Networks in Southeast Asia. It will air as an HBO Asia Original on WarnerMedia’s regional streaming service HBO GO and then the HBO channel.

WarnerMedia has also acquired the rights to air the Mandarin-language drama in the US. In China, the series will air on Tencent and its several satellite channels in China, simultaneously.

This is the first Australian television series to have been re-versioned in China.  Every Cloud Productions negotiated the original Chinese-language format deal with Tencent.

Inspired by Miss Fisher’s Murder Mysteries - the drama created by Australia’s Every Cloud Productions, which all3media international has sold to more than 240 territories - the new Chinese adaptation is set in 1930s Shanghai. The series stars Yili Ma (The First Half of My Life) as Miss Su Wen Li, a beautiful and witty socialite who forms an unlikely detective duo with the righteous and serious inspector Luo Qiuheng. Despite their many differences, the pair share an undeniable chemistry and – of course – go on to solve many cases together in and around Shanghai, all while Su Wen Li chases clues behind her sister’s disappearance.

The series stars award-winning actress Mai Yi Li (The First Half of My Life, Struggle) in the title role of Miss S, accompanied by Gao Weiguang (Ghost Blowing Light, Harmony) as Luo Qiuheng. Jin Weiyi is the head writer and producer and the series Lead Director is Deng Ke (Detective N, When we are young).

The series will launch on HBO later next month.

“We are thrilled that such a large audience across SouthEast Asia will have the opportunity to fall in love with Miss S. This re-versioning has been such as success that we are, in partnership with all3media, in discussions with a number of other territories about opportunities to develop Miss Fisher spin-off series in various languages around the world. She is a character who transcends boundaries of every kind,” said Fiona Eagger and Deb Cox.

The series is based on Kerry Greenwood’s Phryne Fisher mystery series of books, which are best sellers around the world.

This new deal is the latest in the ongoing success of the Miss Fisher brand. Alongside three seasons of the original drama produced for ABC Australia, all3media international also distributes the latest incarnation of the franchise, Ms Fisher’s Modern Murder Mysteries and the theatrical feature film Miss Fisher and the Crypt of Tears. The productions received major production investment from Screen Australia, in association with Film Victoria and Fulcrum Media Finance.