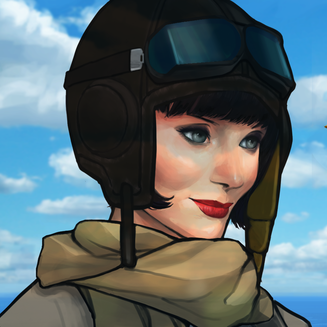 We're working with Tin Man Games to produce a ‎Miss Fisher‬ gamebook that see's Murdoch Foyle escape from the gallows and Phryne must chase him around the world in order to recapture him.

Armed with her golden gun and with her companion, Dot Williams, in tow, the pair chase the trail of the insidious Murdoch Foyle. Can Miss Fisher and Dot decipher his clues and stay on his trail? Or will they be tricked into pursuing a false lead, causing the trail to run cold? Become Phryne Fisher, the independent, feminist super-sleuth. Players will guide the heroine on a modish dance of adventure, murderous mayhem and mystery around the world.

The game will be released episodically later in 2016 and available via Apple’s App Store, Google Play, Amazon Apps, and Gamebook Adventures Engine.

The Nerdy Bird spoke to Neil Rennison, Creative Director at Tin Man Games: “It will be coming to iOS and Android smartphones and tablets first, we also hope to bring it to PC and Mac too, depending on how successful it is on mobile platforms.”

“It will be delivered episodically with the first episode taking place in Melbourne and then branching out to other exciting locations as the case heats up! There will be lots of *ahem* love interest along the way, as well as some fabulous costumes.”

Currently in development, you can sign up for updates and release information via our Every Cloud Productions newsletter.