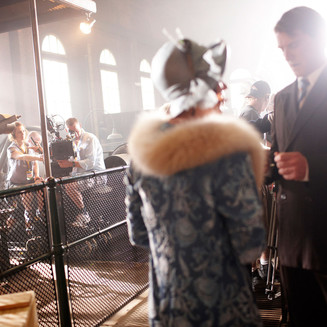 In partnership with the National Trust of Australia, Miss Fisher's Murder Mysteries held a Costume Exhibition featuring a range of outfits and accessories from both the First and Second Series, at Rippon Lea House in Melbourne, from September to December 2013.

The Exhibition was supported by a public program including a formal Launch, a Tour with Costume Designer, Marion Boyce and an Author's Talk with Kerry Greenwood. With almost 30,000 attendees in just the first six weeks and an additional 1200 attending the Public Programs, the Exhibition was extended by public demand and a second, expanded Exhibition is planned from March 1st to June 1st at Old Government House in Paramatta, Sydney.