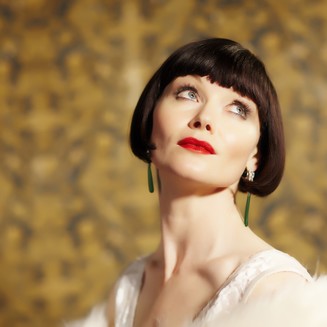 The format deal allows Shanghai 99 the option to produce up to 52 x 1 hour episodes of the series.

Fiona Eagger, CEO and Co-Founder Every Cloud Productions said, "China has definitely been a significant strategic territory for us to break into over these past few years and Shanghai 99 is the ideal company for us to enter into the China market. The three seasons of Miss Fisher’s Murder Mysteries achieved a great reputation and successful ratings during its broadcast on ABC domestically and has been sold in original format to over 220 territories”.

Deb Cox, Every Cloud Productions Creative Director and Co-Founder said, “Miss Fisher has been embraced all over the world with fans deeply engaged with the stories, the world and the characters led by our crime fighting action hero Phryne Fisher.  We believe Miss Fisher’s Murder Mysteries tailored to a local market will again see strong resonance among Chinese audiences”.

We are so delighted and honoured to cooperate with Every Cloud Productions to produce a Chinese version of Miss Fisher’s Murder Mysteries said Rebecca Wu, Vice President Shanghai 99 Visual Company. “We have full confidence that we will produce a successful drama and believe the independent, glamorous and unflappable leading lady detective Phryne Fisher will sweep the country”.

“Over 400 Australian television programs have sold overseas, including the much-loved Miss Fisher’s Murder Mysteries, which can be seen in over 170 territories and has been dubbed in multiple languages,” said Graeme Mason, CEO Screen Australia. “To now have the Miss Fisher’s format itself being sold to such an important market as China is an incredible achievement, and speaks not only to the business acumen of Every Cloud Productions but also to the talents of the Australian creatives that have brought the adventures of Phryne to the screen since 2012.”

ABOUT Every Cloud Productions