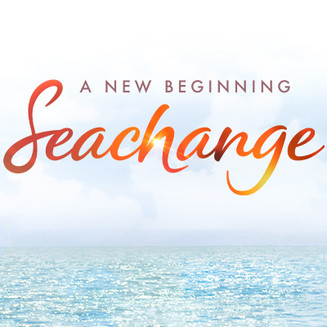 After being fired from her volunteer job in Africa, Laura Gibson (Sigrid Thornton) heads back to the beachside paradise of Pearl Bay for the first time in 20 years when Seachange premieres on Tuesday, August 6, at 8.40pm on Nine.

But after two decades, Laura is about to discover that Pearl Bay has changed in ways that will challenge everything she believes about life, love and family. She is forced to negotiate the loose ends of the messy life she left behind, but will her journey finally heal her broken family? And will Pearl Bay take her back?

In the keenly anticipated reboot of the beloved Australian series, John Howard reprises his famous role of Bob Jelly, who has just been released from prison for fraud. Kerry Armstrong returns as his estranged wife Heather and Kevin Harrington reprises his role as Kevin Findlay, the Pearl Bay fixture who runs the caravan park.

Seachange also stars Brooke Satchwell as Miranda Gibson, Laura’s oldest child – a conservationist whose strained relationship with her mother explodes when Laura turns up without notice – and Dan Wyllie as Ben Russo, new owner of the Tropical Star Hotel, the only pub in town. Ben’s life is at a crossroads as he nurses a broken heart and is in constant trouble with the town authorities.

Other members of the cast include Kate Lister who plays local cop Lillian Liano, newcomer Ella Newton, Laura’s youngest child Stella Connors, a spirited and reckless woman with a well-developed sense of entitlement, and Alex Tarrant as Zac Bell, the trusty court clerk.

Seachange is an Every Cloud Productions and ITV Studios Australia production for Nine, with major production investment from Screen Australia and finance support from Create NSW. It is distributed internationally by ITV Studios Global Entertainment.

For more Seachange go to entertainment.nine.com.au