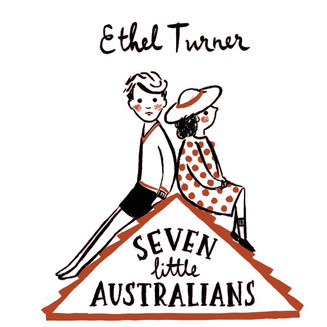 Every Cloud Productions’ latest development project Seven Little Australians, is shaping up with news that we’ve received development funding through the Australian Children’s Television Foundation. The funding will enable the proposed mini series, an adaptation of a classic Australian novel by author Ethel Turner, to progress to story development stage in preparation for broadcaster interest and production finance.

“The ACTF is very excited by the prospect of a modern telling of Seven Little Australians for a new generation of children and their families, and very pleased to support Fiona, Deb and Katherine with its development” said Jenny Buckland, ACTF CEO.

The four-part series follows seven unruly, mischievous Australian children, who rebel against the strictures imposed upon them by their Anglophile father. Seven Little Australians received previous development funding as one of Every Cloud Productions’ Screen Australia Enterprise Stories projects.

Fiona Eagger and Deb Cox have a strong track record producing distinctive, high quality period drama. They will Executive Produce the project, mentoring Katherine Fry under the auspices of the Screen Australia Enterprise People scheme, and Katherine will work as a Creative Producer on the series.

Seven Little Australians will be imaginative and playful in style, capturing 1880s Australia in an entirely unique way.  This landmark series will be a showcase for Australian female talent, honouring one of Australia’s best-loved authors, Ethel Turner. Highly accomplished screenwriter and playwright Elizabeth Coleman will lead the writing team.

Every Cloud is thrilled with the outline Elizabeth has written for Seven Little Australians, as it is all too aware of the gap in the market for family viewing.  Executive Producer, Fiona Eagger said, “Ethel Turner’s Seven Little Australian’s is a shining star in the Australian literary firmament. We are thrilled to have the opportunity to bring this classic to life, a yarn for audiences young and old”.