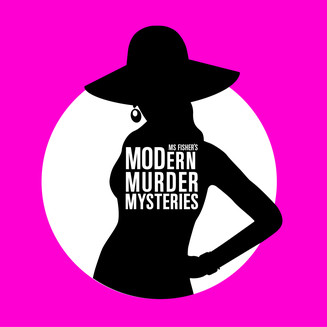 Set in 1964, audiences will meet the gorgeously reckless Peregrine Fisher who inherits a windfall when the famous aunt she never knew goes missing over the highlands of New Guinea. Peregrine must prove herself brilliant enough to become a world class private detective in her own right.

The series is created by Every Cloud Productions’ Deb Cox and Fiona Eagger.

“We’re very excited to tell our legion of Australian and international fans that we’re expanding the world of Miss Fisher into the fabulous era of the 1960s. The series will be full of the usual three F’s our fans have come to expect - feminism, fashion and fun!” Fiona says.

“Ms Fisher, next generation,will be as glamorous as her aunt, brandishing her signature pearl-handled pistol and bantering endlessly with the main man in her life - but her stylish apartment, her sleek sports-car and her cutting-edge wardrobe have certainly moved with the times,” Deb Cox adds.

Author of the original Phryne Fisher Books, Kerry Greenwood, is delighted. “To see fabulous Phryne inspire a whole new generation of murder mysteries and for the Fisher family to expand in this way gives our lovely fans even more of what they crave. The 1960’s was another decade of exciting change for women and we’re all in for a real treat,” she says.

“It’s fantastic to see such a clever reimagining of this popular series involving strong female characters, which will appeal to a highly engaged fan base and will be driven by a talented female creative team. I look forward to seeing director, Fiona Banks, and producers Fiona Eagger, Deb Cox (also writing) and Beth Frey, bring to life the action-packed world of 1960s Melbourne and our new heroine Peregrine Fisher.”

Maartje Horchner, EVP Content at all3media international, said: “all3media international are thrilled to be involved in the new Ms Fisher venture Ms Fisher MODern Murder Mysteries.   We have thoroughly enjoyed working with Every Cloud on this brand for more than eight years now and we look forward to continuing our collaboration for many years to come. We believe the international fans will embrace the vibrant character of Peregrine Fisher.”

Victoria’s Minister for Creative Industries, Martin Foley said: “The Miss Fisher story is a thrilling tale, both on screen and off - one that features Victorian creativity every step of the way. From the books by Victoria’s own Kerry Greenwood to the much loved locally-made series, it’s connected our creative industries with a global audience. We are very proud to support this production, which continues the tradition, and will bring an exciting new chapter of this story to the screen.”

Later this year, the feature film Miss Fisher & The Crypt of Tears, set in 1929 and starring Essie Davis, the star of the original Miss Fisher series, will also go into production.