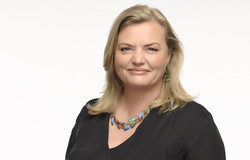 Fiona Eagger is among Australia’s most experienced and successful television producers. With astute creative, entrepreneurial and production expertise, Fiona founded Every Cloud Productions in 2009 with Deb Cox and quickly cemented a reputation for high quality and popular TV drama. This included co-creating, producing & executive producing three seasons of the runaway international success, Miss Fisher’s Murder Mysteries, which has sold to more than 170 territories around the world.

Fiona and Deb recently announced a new management structure at Every Cloud that sees them step away from day-to-day business and into advisory roles at the company.

Widely recognised as an industry leader Fiona has received numerous accolades including the Jill Robb Award for Service to the Victorian Screen industry, the Natalie Miller Fellowship for Women in Leadership, and Business Export award from Screen Producers Australia. Fiona is an honorary Adjunct Professor for the School of Media and Communications at RMIT and has taken a leading role promoting women in front and behind the camera throughout her career. 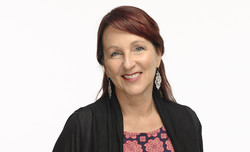 As creator, producer, and writer Deb Cox has been responsible for some of Australia’s best-loved productions. Forming Every Cloud Productions with Fiona Eagger in 2009 she added to her successful and popular work, co-creating and writing on three seasons of Miss Fisher’s Murder Mysteries, which has sold to more than 170 territories around the world.

Deb and Fiona recently announced a new management structure at Every Cloud that sees them step away from day-to-day operations and into advisory roles at the company.

A highly-regarded industry leader Deb is the recipient of the Jill Robb Award for Service to the Victorian Screen industry and the Business Export award from Screen Producers Australia. 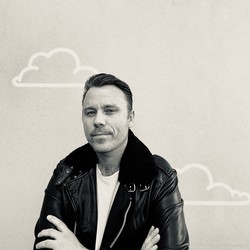 Over the past 15 years Drew has held senior commercial management roles at some of the world’s leading arts and cultural institutions. 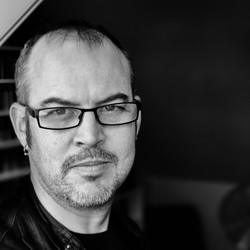 Mike Jones is a scripted drama producer and writer with a body of work that has received numerous accolades including AACTA, Emmy, AWG, SPA, & ADG awards.

Prior to joining Every Cloud as Head of Content, Mike worked with a range of companies including the ABC, WarnerBros, Jungle, and Princess Pictures. He story-produced the AACTA-winning youth drama series Deadlock and for the ABC led script development of much-loved comic-drama series F'cking Adelaide and Emmy-nominated Wrong Kind of Black. As a leading story-editor he collaborated on major international TV series including mystery-drama The Gloaming and celebrated supernatural series The Kettering Incident, as well as the CannesSeries honoured productions Deadhouse Dark and Over and Out. Most recently he was co-producer of hit comedy feature, A Sunburnt Christmas for Stan, co-creator/writer of 13-part supernatural mystery drama, The Orchard, starring Eric Bana for Amazon’s Audible, as well as overseeing Every Cloud's diverse development slate of new projects.

Aside from television and film production Mike is a published horror novelist and co-creator of ground-breaking interactive and VR projects. His early career included journalism and writing for the theatre where he was twice recipient of national young playwright’s awards. He previously served as a development executive to ScreenAustralia and lectured in story and writing at the Australian Film TV & Radio School. 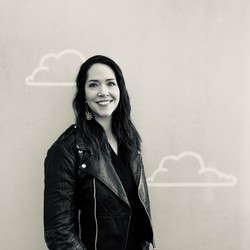 Mary Pettigrove was appointed as Operations & Production Support Manager at Every Cloud Productions after returning home from a 7 year stint working in London's screen industry with global TV production and distribution powerhouse Endemol Shine. Progressing to Post Sales Support Director for International Distribution, Mary’s wheelhouse incorporated marketing, events and festivals, for finished programme distribution. She was responsible for the production of the programme catalogue, coordination of trade markets, screenings, and events as well as marketing asset management with international buyers.

Prior to this, Mary worked as a Production Coordinator for Melbourne based TV company Dreampool Productions. In this role she worked across a range of lifestyle, corporate and educational programs, with numerous high-rating shows including the much-loved, “Huey’s Cooking Adventures”.

At Every Cloud, Mary has provided production support services across numerous drama productions including Miss Fisher and the Crypt of Tears, Seachange, Ms Fisher's Modern Murder Mysteries seasons 1 & 2, and premium SVOD series, Eden. Her broad project management role involves working across all areas of the business, from assisting with finance applications, stakeholder management, and working closely with productions to assist through post-production and delivery.

Mary has a strong interest in “greening” productions and corporate social responsibilities and her most notable and fulfilling success was becoming a new mum in 2020! 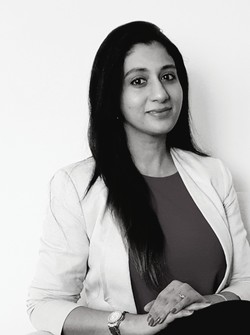 With over 17 years of extensive experience in corporate finance strategy, taxation and operational accounting, Shraddha joined Every Cloud as a Finance Director where she is responsible for the company's overall financial goals including forecasting and KPI reporting.

A Chartered Accountant and CPA, Shraddha has held leadership positions in various industries like IT, HR and manufacturing in Australia. She has incorporated and led subsidiary companies of Australian entity, overseas in India and Thailand in diverse capacities, such as director, financial controller and also leadership coach to a team of over 100 staff.

An enthusiast number cruncher, Shraddha is a trained yoga teacher and practices conscious awareness to help her strike the right balance. 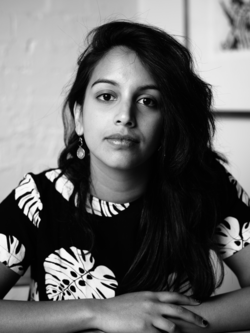 Meleesha is Development Manager at Every Cloud Productions and recipient of investment from both Screen Australia's Enterprise and Film Victoria's Key Talent programs.

Meleesha has previously worked in development roles with companies such as Fremantle Australia and Princess Pictures. She was also selected for a director’s attachment shadowing Michael Rymer on Foxtel drama series, Picnic at Hanging Rock as well as with Robert Connolly on feature film, The Dry.

Matt graduated with Honours in Screenwriting from VCA in 2017 and started work at Every Cloud Productions later that year, ultimately taking on the full-time role as Development Executive.

Since then, Matt has provided support services across a range of Every Cloud projects during development including Miss Fisher and the Crypt of Tears, Ms Fisher’s Modern Murder Mysteries, SeaChange and A Sunburnt Christmas.

Originally from the Fiji Islands, Jazmin is passionate about helping to tell female-led stories. After graduating with a bachelor's degree in film and television from JMC Academy in 2017, Jazmin completed a junior editor internship at Round 3 Productions and subsequently served as a content producer with OOMPH! Media, creating online short-form content. Jazmin was also producer and director of the award-winning student documentary, Rising, about the Fijian recovery after tropical cyclone Winston.

Jazmin joined Every Cloud Productions in 2019 as Marketing & Communications Coordinator where she assists in the planning and execution of communications strategies related to Every Cloud project, as well as curating and optimising content for multiple social channels and producing behind the scenes content.