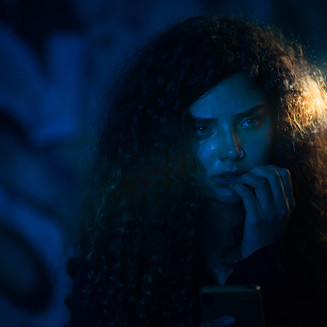 Every Cloud Productions' new series Deadlock is a coming-of-age cult drama that explores the incredible highs, lows, joys, heartbreak, camaraderie, laughs and bittersweet sorrow that make up a teenager’s life.

In this innovative and high-octane 5 x 12-minute series set in Byron Bay, NSW,  clandestine ‘tunnel party’ in the depths of the hinterland in northern NSW draws kids from all over the area but when a spectacular stunt leads to a car crash, a group of five teens face events that will transform their lives and their idyllic landscape forever.

In a unique development process, the creative team at Every Cloud drew directly from the issues and experiences faced by teenagers in Australia. Local adolescents shared their stories as part of Every Cloud's Development Workshop, funded by Screen Australia’s Enterprise Stories program in partnership with Northern Rivers Screenworks, and led by series consultant Bryan Elsley, the internationally-acclaimed creator and co-writer of the UK hit series Skins.

Deadlock was filmed on location on NSW’s north coast, highlighting the unique landscapes of the Northern Rivers region. The series has boosted NSW’s television industry and talent, on and off camera, by engaging many locals across the cast and crew.

The series will be available to binge watch on ABC iview on Friday July 20, coinciding with its launch at the Splendour in the Grass music and arts festival in Byron Bay on the same day. The entire series will screen at the Splendour Forum tent from 10am ahead of a panel discussion from the key cast and crew.

The concept for Deadlock was originated by Deb Cox, developed by Deb Cox and Fiona Eagger, alongside the Writer and Director Billie Pleffer.