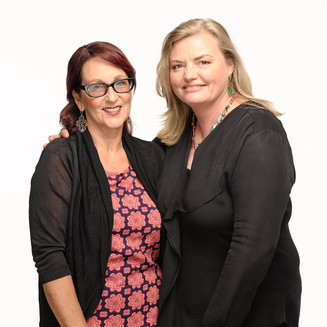 Every Cloud Productions are thrilled to be recipients of the Screen Australia Enterprise Industry program, announced today.

Every Cloud has been funded to implement ‘The Parlay Program’, a series of four distinct drama development projects, each with an emphasis on the development and mentoring of Australian talent, including script labs with leading international partners.

One of the projects will be developed in conjunction with regional screen development organisation Northern Rivers Screenworks, and will focus on developing creative talent in the Northern Rivers region of NSW.

“We want to develop projects across four specific and distinct “drama formats” which, drawing on our recent discussions with the domestic and international markets, have been identified by Every Cloud as real opportunities within the screen sector,” said Every Cloud’s Fiona Eagger and Deb Cox.

“It is also our intention, through our approach to development, to extend the skills and expertise from some of the key creative leaders in our screen industry (both international and Australian) to the next generation of Australian storytellers. This ambition is fundamental to our enterprise plans.”

Every Cloud plans an international co-production with development based on collaboration between international and domestic writers, directors and producers (most likely between the UK and Australia), a ‘distinctly Australian’ family drama series set in Western Australia sitting in the space between traditional “children’s television” and “adult drama”, an original adult drama for television drawing upon the strong “authorial voice” of a key creative (writer, director and/or creative producer), and a Multiplatform project with multiple tiers of storytelling on multiple screen platforms, delivered simultaneously with the strategic aim of connecting a range of audiences into the same ‘Story World’. This project will be run in conjunction with the local screen development organisation, Northern Rivers Screenworks, who will manage a residential workshop to be attended by up to eight young filmmakers from all over Australia.