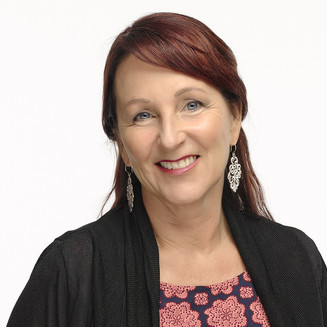 Deb Cox has been responsible for creating and producing some of Australia’s most iconic screen content as a highly talented creator, writer, and creative producer. She possesses a rare talent for creating intelligent stories grounded in great writing and rich characters. She has developed and story produced some of Australian’s most significant series including SeaChange, Simone de Beauvoir’s Babies, Miss Fisher’s Murder Mysteries and Newton’s Law.

Deb is passionate about representing women’s lives and their stories on screen, and in 2009 co-founded Every Cloud Productions with producing partner Fiona Eagger. From Laura Gibson (Sigrid Thornton in SeaChange) and Josephine Newton (Claudia Karvan in Newton’s Law), to the Honourable Miss Phryne Fisher (Essie Davis in Miss Fisher’s Murder Mysteries) and Rosie Denton Harfield (Catherine McClements inCrashBurn), Deb creates female role-models that are relatable, endearing, engaging and challenging. While some characters form bold and rebellious representations of feminism, others more subtly address contemporary pressures placed on women in the workforce.

When creating Newton’s Law in 2017, Deb noted it was about a woman going back to her career at a certain time in her life and trying to fashion the world to suit her needs. With TV audiences dominated women who are invested in female-centric stories, Deb understands it’s an exciting time to contribute to this discourse in ways that are bold but also entertaining.

In recognition of her contribution to the industry, in 2016 Deb was a joint-recipient of the Jill Robb Award for Outstanding Leadership, Achievement and Service to the Victorian Screen Industry, which recognises Victorian female screen practitioners who have shown leadership through their achievements and involvement in the industry.