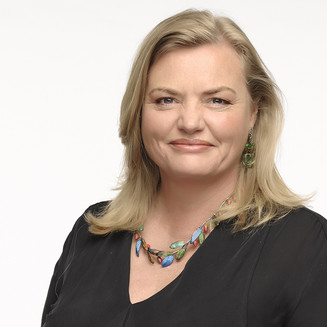 Fiona Eagger is one of Australia’s most versatile producers. As a highly experienced producer and executive producer Fiona works across both film and television, specialising in drama production. She has worked with some of Australia’s most dynamic female creatives including Ana Kokkinos, animator Sarah Watt, and Deb Cox, with whom she started Every Cloud Productions in 2009. Fiona has a reputation for delivering female-led content that seeks to empower and engage female audiences from Miss Fisher’s Murder Mysteries, Newton’s Law, to CrashBurn and Only the Brave. In 2015, season 3 of Miss Fisher's Murder Mysteries had the highest rate of female representation in production jobs, with women accounting for 75% of the crew.

She has long been a champion of telling female-driven stories. Miss Fisher’s Murder Mysteries is based on the Phryne Fisher mystery series of books by Kerry Greenwood, and celebrates the unconventional period-era feminist, Miss Phryne Fisher. When adapting the books for screen, what struck Fiona most was that “Phryne is one of the first feminists. She chooses to live alone, she chooses not to get married. She’s got many lovers. She’s a bit of a James Bond action hero [but] she’s much better dressed than James Bond”. Though the series has garnered some criticism, it has had overwhelming support internationally, with some fans of the series calling her the “Badass Female Detective you need in your Life”

In 2016 Fiona was the joint-recipient of the Jill Robb Award for Outstanding Leadership, Achievement and Service to the Victorian Screen Industry, which recognises Victorian female screen practitioners who have shown leadership through their achievements and involvement in the industry