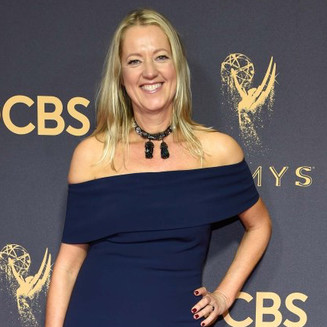 Women in Front: Directors Behind the Scenes

In the lead up to International Women’s Day this week, we’re celebrating women who have worked in front and behind the scenes across our projects. It’s time to highlight the female directors who have brought to life some of our most engaging characters and worlds.

Kate Dennis is one of Australia’s most celebrated TV industry exports from behind the scenes. A phenomenally successful director, she built her name in Australia working on Miss Fisher’s Murder Mysteries, Offspring, The Secret Life of Us and Secrets & Lies, before she headed to the US a few years ago. Since then her career has gone from strength to strength, with the highlight being an Emmy nomination for her work on 2017’s hit drama series The Handmaids Tale. Kate has also worked on prime drama series Glow, Suits, The Mindy Project and Heathers. Not to be typecast, she is an exceptional talent with the ability to work across various genres, delivering TV that ranges from bold and profound, to the downright hilarious. At the 2017 Australians in Film Awards Kate won the Annette Kellerman Award, which honours trailblazing women in Hollywood.

Daina Reid is a multi-talented creative, starting her career as a writer and actor before she moved behind the scenes to become a director. A powerhouse in the Australian industry, she has racked up some stellar TV credits, including 5 episodes of our own Miss Fisher’s Murder Mysteries, and compelling dramas Sunshine, Never Tear Us Apart, The Secret River, Paper Giants, Nowhere Boys, Hunters, Offspring and The Secret Life of Us – just to name a few. As a former actor, she’s a director with a keen eye for performance and knows how to bring stories to the screen with a nuance and vulnerability.

Jennifer Leacey was the start up director on Every Cloud Productions’ dramedy Newton’s Law, and is building a reputation as one of Australia’s leading directors. She cut her teeth in the industry as a hugely successful assistant director on films including Moulin Rouge, The Great Gatsby and The Quiet American, but in the last few years is making her mark as a director in TV on Bite Club, The Wrong Girl, Wanted and Wonderland. On Newton’s Law she balanced quirky comedic performances with pathos and heart.

Emma Freeman is another hugely successful female director within the Australian industry. She worked with Every Cloud on the first season of Miss Fisher’s Murder Mysteries and has gone on to notch up some impressive credits over the last few years. She was the solo director of hit Australian series Glitch and miniseries Secret City, and has numerous other TV credits from Puberty Blues and Offspring to Tangle. Emma is an award-winning director with exceptional creative talent that is reflected in her ambitious approach to making TV.